Our Results: LightWork’s user-friendly features are supplying the structure and dependability the company needs to achieve strategic growth. 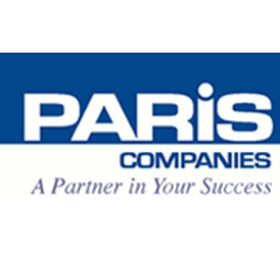 “Having worked with other software providers, I can’t say enough good things about LightWork. They have been wonderful to work with.”

“We’ve been able to expand our process,” says Tracy Gibson, HR manager at Paris Companies. “The speed and flexibility is greatly advanced, and now we can do so much more.” Added features of HR being able to bypass and close evaluations as well as the spellcheck capabilities have been a bonus.

Gibson was very pleased to see such a seamless migration. One of the highlights of the new version was the speed. Since LightWork Performance Management was made with the latest technology and platform, it increased productivity immediately. And it wasn’t just the technology that provided an exceptional experience, but the implementation process as well. “Everything was excellent,” says Gibson, “We were ahead of schedule, our consultants were well-informed and accessible, and we made our deadline for year-end evaluations. We actually finished the migration two weeks prior to our deadline, allowing for thorough training.”

Paris Companies was able to utilize two different types of recorded LightWork training sessions, taking advantage of a visual approach to instruction. This training was dispersed to the employees and has been met with positive results. Gibson adds, “LightWork is very user-friendly, which has been very helpful to the staff.” One thing Paris Companies is pleased with is that the standard for LightWork Software’s level of support has not altered. PerformancePAM was known for having an excellent support desk working on technical issues that occasionally pop up, and Gibson was delighted that the response time and knowledgeable consultants were still in action.

Their next phase will include integrating LightWork with Paychex and implementing goal management. “Goals were cumbersome for us before,” says Gibson, “but we’re excited to start using them in LightWork.” LightWork Performance Management has been able to elevate Paris Companies’ performance appraisal process, while still providing the customer service and history they relied on. Ultimately the decision to migrate to LightWork was definitely in their favor. Download the PDF