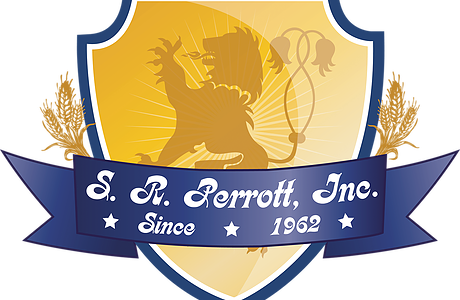 “LightWork Time has gone beyond what our original scope and needs were, it’s provided us with new aspects of timekeeping data we didn’t even know was possible.”

Founded in 1962, S.R. Perrott has become one of the biggest beverage distributors in Central Florida, catering to four counties. Their services are farreaching and proficient as marked by their many decades in business. S.R. Perrott’s values are also singularly placed: they’re a family company with heavy involvement in the community. Whole departments are dedicated to funding many charitable organizations, building festivals around the state, and maintaining a standard for their work that is incomparable. One of their biggest accomplishments was surviving the 2008 recession with zero layoffs. In fact, Kayla Westberry, their HR Director, has watched them almost double their employee size during her tenure.

In 2016, S.R. Perrott made another big change: they moved to a brand new facility and began updating its antiquated timekeeping system. It was time for new innovation in S.R. Perrott’s history. “We originally started with the old-fashioned punch timecards,” says Westberry, “Then we tried a biometric timekeeping system, but really needed something that avoided user errors and miscalculations.” The increase in employee size also bogged down their previous system. They needed something sleek and economical for the new era of S.R. Perrott. Their solution? LightWork Time.

Getting Peace of Mind

The web-based timekeeping software allowed Westberry’s employees to have an easy place to log time, and its backend functions prevented common miscalculations that appeared when using a timecard system. LightWork Time also paired seamlessly with Sage Abra, their HR software, providing Westberry with plenty of reporting and data for her C-level staff.

“The reporting and sharing of information between departments is great, but what really clinched it for us was the mobile access,” says Westberry. Many of S.R. Perrott’s employees work in the field without readily accessible desktop workstations to log their time. Using their phones and laptops to quickly log into LightWork and mark their hours has been incredibly helpful to S.R. Perrott’s timekeeping process.

Training on LightWork has gone very well for the staff (user interface), HR (for the backend) and Department heads (high-level information). The few items Ms. Westberry has had to have LightWork Support follow up on have been handled with priority attention, and her interaction with the consultants has been very positive. “They’re phenomenal, very easy to work with, and quick to answer my questions.”

S.R. Perrott is looking to start 2017 on an incredible, unprecedented start: new location, new timekeeping system, and completely female-owned in an industry that is primarily male-driven. They weren’t kidding about holding to their family values. Samuel and Mariette Perrott began the business, their daughter Michele Connors is currently owner and president, and her daughters are in line to continue the tradition. S.R. Perrott needed a timekeeping system as progressive and forward-thinking as they are. LightWork Time has met all their needs for efficiency and accuracy and exceeded their expectations from there. “LightWork Time has gone beyond what our original scope and needs were,” says Westberry, “it’s provided us with new aspects of timekeeping data we didn’t even know was possible.” Interested in the PDF?